An Inside Look At An Amish Wedding 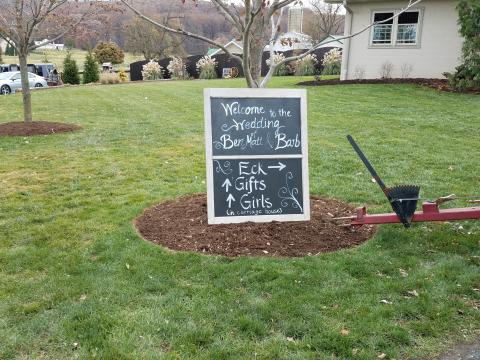 This past Thursday, November 16th, 2017, we were blessed to witness the marriage of Steve and Martha’s daughter Barbara Rose to Ben Matt Stoltzfus. This was the first Amish wedding I’d ever been to, and as an Englisher, I was a little worried about making any faux pas so I started asking questions and Googling stuff (of course) right away.

What I found was a ton of info on many different traditions. This told me that like English weddings, Amish weddings may follow a certain structure, but each is still unique in the details. In recent decades, many weddings in the Amish community have grown bigger and often English friends and coworkers (like myself) are invited.

Getting Ready for an Amish Wedding

The first thing that came to mind as the day approached was to figure out what to wear to the wedding. I figured the best thing to do was to keep it simple and modest, similar to most Amish women. A long, dark skirt or dress and a nice top seemed a good idea, and a Google search confirmed that. (Funny how much I rely on Google to tell me things!). I felt even better about my choice in clothing when I saw that all of the English women were dressed similarly while the men were in suits and a tie, with or without a jacket. 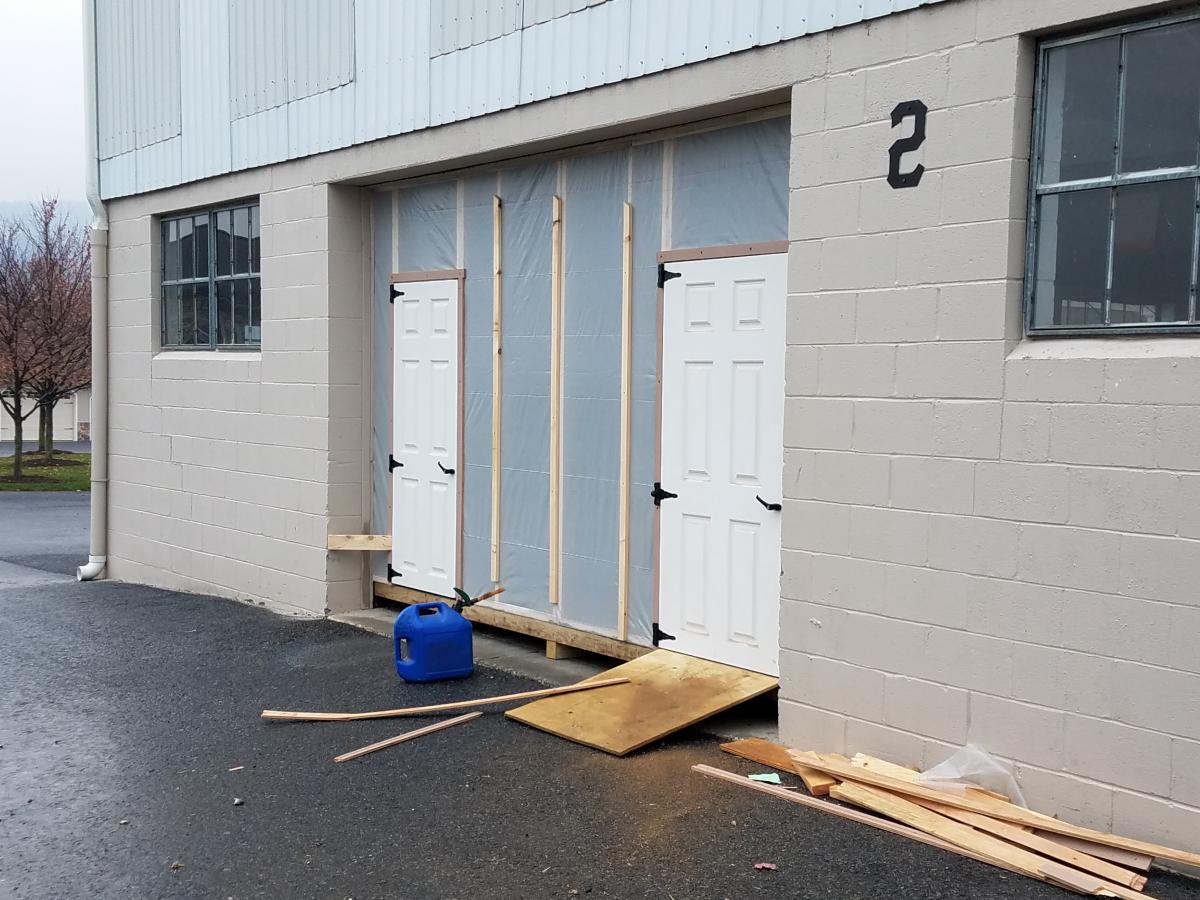 Also, since the wedding was taking place right here at Homestead, there was plenty to do! In the days leading up to the event, one of our storage bays was completely cleaned out, basic flooring and carpets laid and impromptu walls and doors installed where the garage doors normally were. (So that we didn’t have to leave the garage doors up and freeze everyone out!). Pretty convenient to have a shop full of talented builders right on site to help with the wedding prep! They worked hard to get the place ready to host everyone.

Port-a-potties were cleaned and set up, signs painted to direct people where to go, and a tent set up for the guests’ horses. Everything was ready by early evening on Wednesday.

(Side note: They designated separate toilets for men and women, which is convenient. Ours had a candle burning! Cleanest and best smelling port-a-pottie I’ve ever had to use. I’ll have to remember the candle thing for the port-a-potties at our next church picnic).

The church service started at 8A, but most of the English guests were told they should arrive by 10A, as the actual ceremony would be starting around 10:30A. We were welcome to come at 8A, but the service is all in German, so that’s a long time to sit and not understand a word except some names from the Bible.

(Another side note: It was fun trying to guess what the minister was talking about based solely on hearing names from the bible like Ruth and Boaz, Samuel and Saul, etc.)

We arrived a little before 10A and were sat in the section with other Englishers.  Amish women were all seated on one side while the men were on the other. The men were dressed in their traditional Sunday wear, dark trousers and jackets along with white shirts. The women wore traditional black capes and aprons, sometimes with dark dresses but often with dresses of a purple, blue, or green hue.

During the actual marriage ceremony, the couple stood before the minister, exchanged vows, and sat back down. A few other ministers then offered testimony before the prayer and benediction was given. Everyone turned and knelt for prayer.  The prayer was also in German, the words drawn out in a slow and almost melodius fashion.

Last but not least, a hymn was sung from the Ausbund, the Amish hymnal book. It was also in German, and I wish I had gotten a translation, because the song sounded beautiful. Each syllable was drawn out, and since the Amish use no instruments, it was all acapella.  The congregation harmonized beautifully together and it was probably my favorite part of the ceremony.

After the service, everyone files out to mingle a bit while they turn the benches into tables for the meal. The men congregated in one area, the women in another.

Most, if not all, of the married guys here at Homestead took part in preparing the meal. Usually several couples volunteer or are chosen to help make the main dishes – roast (which is a chicken and stuffing casserole) and mashed potatoes and gravy. A traditional side dish is creamed celery and let me tell you – it was delicious! Cooked celery isn’t usually my cup of tea, but this was in a surprisingly sweet cream sauce and it just tasted great.

There was rolls and delicious cinnamon butter and a vinegar-based coleslaw that was a bit sweet. Again, I’m not usually one for coleslaw but it was so good I had two helpings.

I’m actually not sure exactly what the desserts were (except delicious of course!). One of the dishes was a raspberry yogurt/mousse mixture with granola I believe. The other was an orange cream-flavored mixture that reminded me a bit of glorified rice or Heaven dessert. And lots of doughnuts and cookies! So many cookies….

I was blessed to meet some of the Homestead customers that Steve and Martha had become friends with over the years. We had some good laughs, but tried to eat quick! There weren’t enough tables to seat everyone at once, so they ate in shifts, not really lingering over the table.

After All The Food

After the meal, the bride and groom made their way down to the Carriage House to open presents. There were seats for guests to watch if they wanted, but the rest of the day was more informal as people visited and had a good time together.

I sat and watched the presents being opened. The Youth circled the room, singing hymns in English and once again sounding amazing. I guess they’ve had lots of practice since the youth often hold singalongs to get together and enjoy each others’ company.

I had to leave not long after, but I heard the rest of the day was great. The rain held off and the couple moved to the wedding house where singing continued till early evening. A light snack was served during.

Supper started after 5P, followed by more singing and a whole lot of talking, laughing, and enjoying each others’ company late into the evening.

Bright and early Friday morning was clean up – all the benches were picked up and the storage bay put back the way it was. Signs were removed and the tent taken down. By Friday evening Homestead Structures was looking back to normal!

I was incredibly grateful to be invited to the wedding…who doesn’t love a good wedding? And it’s always interesting to the see the differences and similarities between wedding traditions in the Amish culture versus those in the English world. I’ve been to secular weddings, Catholic weddings, and of course Evangelical weddings (my own denomination)…it meant a lot to also get to know my coworkers' wedding traditions!

Barb and Ben are a wonderful couple, I hope you’ll join me in wishing them a very joyful marriage, with many blessings in the years to come, including lots of love, laughter, and little ones!